Shoot legions of monstrous aliens in this 3D shooting game! Alien Attack 3D tells us the story of a prisoner named Ian Copper. You've been sentenced inside the prison for 30 years. You've been locked up in inside a spaceship and are now headed to a planet called Kerberos IV, where a maximum security prison cell awaits you. What you didn't know is that the ship has been invaded by aliens! Help your character survive through the game by shooting those aliens in the screen! Follow the story and interact with the clickable items to pass through the next checkpoint. Collect guns and health packs as you explore the entire ship. Can you last long until the ship reaches its destination? Alien Attack 3D is one of our many Shooting Games that we publish on TheGamerStop.com. This game is also tagged as a Alien game. Click the play button to start having fun. To play even more free games, view our popular and new games page. If you want to play more games like this, then you can simply check out the games inside the game tags that are the most relevant to your interests or the Shooting Games category or the games like this game page at the end of the game tags. 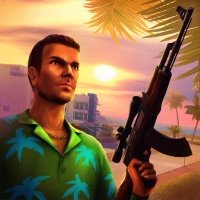 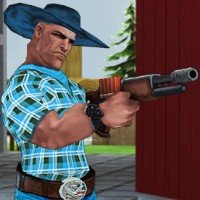 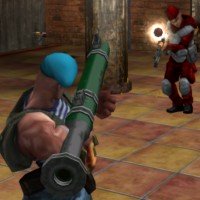