Sprill made a discovery a year ago that got him some attention from aliens. He discovered a rather odd pearl and just when he was about to give it to the aliens they tricked him. Getting the pearl back, Sprill takes it to his friend Ritchie who may be able to discover why it's so important. One evening Sprill gets a late night call from Ritchie telling him to come over as soon as possible. Sprill agrees and quickly heads over to his friends house to find out what he had discovered about the pearl and bring his friend something to eat as well. Sprill and Ritchie Adventures in Time is one of our many Hidden Object Games that we publish on TheGamerStop.com. This game is also tagged as a Hidden Objects game. Click the play button to start having fun. To play even more free games, view our popular and new games page. If you want to play more games like this, then you can simply check out the games inside the game tags that are the most relevant to your interests or the Hidden Object Games category or the games like this game page at the end of the game tags. 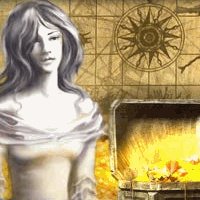