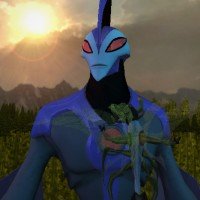 Ben 10 is arguably the most popular cartoon heroes of the modern age kids. The hero with his Omnitrix makes a lethal combination as he transforms into various alien forms to combat against some of the deadly enemies who look to cause havoc and turmoil all across. Play as the hero in some alien form and fight down the evil one by flying around skillfully, attacking with poison, attacking by stinging and defending against the attacks of the enemy. The fabulous 3D graphics of the game will simply get you awestruck with appreciation and admiration for the excitement that the game has on offer. Ben 10: Battle with Waybig is one of our many Action Games that we publish on TheGamerStop.com. This game is also tagged as a Ben 10 game. Click the play button to start having fun. To play even more free games, view our popular and new games page. If you want to play more games like this, then you can simply check out the games inside the game tags that are the most relevant to your interests or the Action Games category or the games like this game page at the end of the game tags. 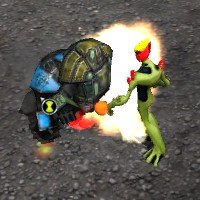 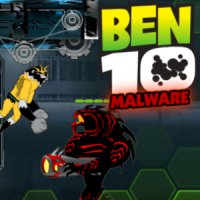 Ben 10: Battle for Power
Duel of the Duplicates: Ben 10 Omniverse